MUSIC x
musicx.mirror.xyz
NFTs, externalities, and the future of music 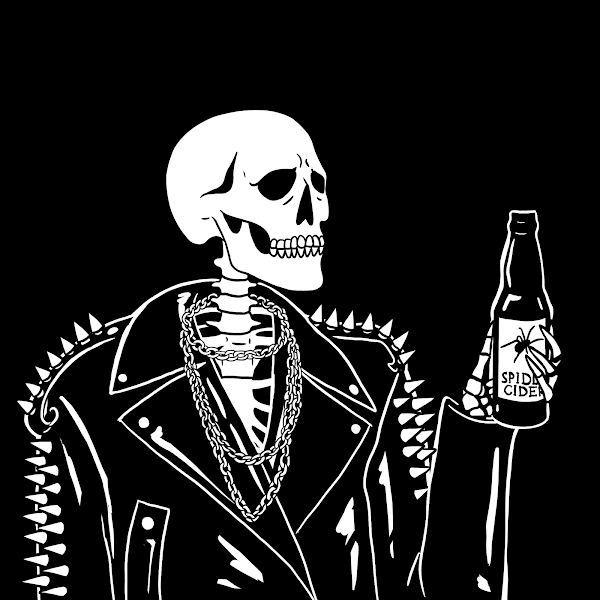 The externalities of NFTs will upend the world of creative expression. They’ll have to be reckoned with even by those not interested in the technology, through a three pronged approach.

Economics 101: externalities are hidden or indirect costs (or benefits) associated with goods or services. Pollution is often used as an example, as plastic-producing companies don’t have to pay to clean plastic out of the ocean or microplastics out of our water supplies, for example. The manufacturers reap the benefits, while the general population gets taxed and the environment itself burdened.

In the case of permissionless blockchains to which everyone can write, this means we’re going to have to deal with the type of problems and externalities that occur in permissionless spaces. Besides the high energy cost associated with creating NFTs on Ethereum, to which a solution is being implemented, there is another issue that is perhaps harder to solve since it strikes at the core of the decentralized principles underpinning the technology.

There are artists that make from NFTs on a monthly basis what they used to make in a year from streaming. As a matter of fact, many artists make more money in a single NFT drop than they have ever made from streaming. This is exciting; music can finally be valued in similar ways to art in galleries.

This is not a huge thing for music yet, although issues are looming (see HitPiece), but visual art communities feel strongly impacted by it. DeviantArt has already sent over 90.000 notices of fraud to OpenSea, now scanning for false copies across 4 million newly minted NFTs each week. While it’s nice that things can be taken down from one particular marketplace, this does not mean the NFT is taken down from the blockchain. It’s still there, for all to see. OpenSea just decides not to display it anymore.

Flashback to the early days of peer-to-peer filesharing

Peer-to-peer filesharing had the benefit that people could access all the music in the world, suddenly. It was a fantastic moment in human history. At the same time, the externalities of it were disastrous; evaporating enormous parts of revenue for the industry. It took over a decade before all-you-can-eat music streaming subscriptions became normalized and standard. What happened in between?

Whether artists liked it or not, their music was now freely and conveniently available to anyone in the world. That was the reality that emerged. So to build a business, a common strategy artists & labels like Definitive Jux and Epitaph deployed was offering free music on their own websites, so that their audience would come to them. From there, they’d be able to sell tour tickets, collect email addresses, sell merch, etc.

It was perhaps not how they would have chosen things, but it was the best way to leverage the reality of this genie that could not be put back into the bottle.

What can artists do against their art being minted as NFTs on the blockchain? Well, basically nothing, besides not publishing their art. The space will continue to evolve, so that platforms can better deal with these issues and cover their liabilities and as the space evolves, artists hands are forced into creating new strategies to deal with new forms of fraud, forgeries, counterfeits.

First, the good news. Unlike the previous decentralization shock to the industry, in the form of p2p filesharing, this technology won’t drive the value of art to 0. While it’s frustrating that someone else can mint an NFT of your art and try to sell it, them selling it doesn’t take money away from you unless they specifically target fans that are already familiar with you. The typical scenario is that they’ve fooled a random person into buying a counterfeit. Does that hurt the original artist? Unclear, but not likely. In fashion, researchers have found that “counterfeits have no negative effect on consumers’ perception of the luxury brand.”

While someone may make a quick buck off of forgery NFTs, they’re worth nothing in the long term, or as a nameless author in ArtReview quipped, commenting on art forgeries:

“What is the value of a marriage after one learns of a spouse’s adultery?”

Some estimates dating back to before NFTs estimate that 50% of art may be fake, or forged. Original works are consistently valued much higher. One experiment divided 180 people into two groups and made them look at two similar-looking paintings by Jim Rilko. The first group was told the works were by two different artists. The second group was told one of the paintings was made as a copy by someone inspired by the other painting. The first group valued the paintings roughly equally, the second group attached a much lower value to the perceived copy (source, study).

While it’s outrageous, unjust and immoral (and criminal) that people are selling copies of other folks’ work, it’s unclear whether this negatively affects the value of the artist’s work. Yes, it sucks, but the good news is it won’t put you out of business nor really affect your bottom line.

Mitigation strategies should focus on:

It’s embarrassing to be caught with a counterfeit in your wallet. Don’t let it happen to you.

That’s the type of message I’d expect from campaigns aiming to educate consumers. The bare minimum one should do before buying an NFT is checking the official social media channels of artists. If it’s a resale, then you can check from which address the artwork originates and see if the artist has that address listed in their Twitter bio or on their official website. Any platform facilitating these purchases should direct effort and money towards consumer education. Beyond the moral incentive, there’s a market incentive to establish more trust with artists, consumers and institutions, too.

If your art is good, people are going to try to copy it, they might try to sell those copies, especially if it’s unlikely they’ll be caught. The innovation of MP3s and peer-to-peer filesharing forced artists’ hands to get their work available online, start building community and new business models. Will the innovation of NFTs force artists’ hands to start creating online galleries of their work, available to collectors as NFTs? Not unlikely.

In 2016 I wrote a piece called The Music Industry Isn’t Ready for the Blockchain, which mostly approached the blockchain from the context of industry discussions around the time that focused on royalties, metadata and dispute resolution. My conclusion was that the problems to be solved were problems of human coordination, not technology. If the industry couldn’t come together to figure out the coordination issues, then it wouldn’t be able to leverage the benefits of this new technology.

I speculated about two scenarios. Either the industry comes together and figures it out, or:

“A new generation of companies come up and show creators, entrepreneurs and fans that another value chain is possible, that is more rewarding for both artists & [fans].”

And that’s what’s happened. The music industry is the canary in the coal mine for new technologies, because it’s been historically hesitant to move until its hand is forced.

So, NFTs have happened. On-chain music has happened. Now industries need to collaborate to ensure consumers aren’t scammed by forgers and artists’ originals stand out amongst the clones. A protocol could be developed that indexes artwork on the blockchain and verifies originals. Previous attempts at this have all but stranded or dissolved. There’s more at stake now, so perhaps solving this issue of human coordination finally has the right set of incentives.

Marketplaces, wallet apps, virtual galleries, social media platforms, etc. could all reference this protocol to check if the artwork they’re displaying is a verified original, a verified forgery or unknown. They could show a checkmark for verified originals, a 💩 emoji for forgeries or not display them at all, and approach unknowns neutrally. This would also help mitigate risk for platforms, as they would have to deal with less DMCA takedowns and reduce liability for facilitating sales of forged or pirated works.

Thanks Sean Adams & Darren Hemmings for provoking some of the above thoughts, as well as this thread by Cory Doctorow about crypto & externalities (I don’t agree with the take, but it raises great points).